Against the skyline of Kuala Lumpur city, Mexico BASE jumper Jaime Devereux dive from the open deck of Kuala Lumpur Tower (421 metres) during an attempt to set a new record in 24 hours in Kuala Lumpur, Malaysia 29 October 2008. Heavy rain has foiled an attempt to rewrite the world record for endurance BASE jumping in 24 hours at the 421-metre high KL Tower. The group, comprising jumpers from Canada, China, Denmark, Holland, India, Indonesia, Ireland, Italy, Malaysia, New Zealand, Norway, Russia, Singapore, and Turkey, managed 543 jumps, 33 short of the world record of 576 as per the Guinness Book of World Records.BASE is an acronym for Building, Antennae, Span, Earth, and thus represents the fixed-objects from which BASE jumps are made.The jumper must allow a free fall of about three seconds to clear the tower-head section before deploying their chute.From a height of 300 metres, without a parachute, it takes only 10 - 12 seconds to reach the ground. 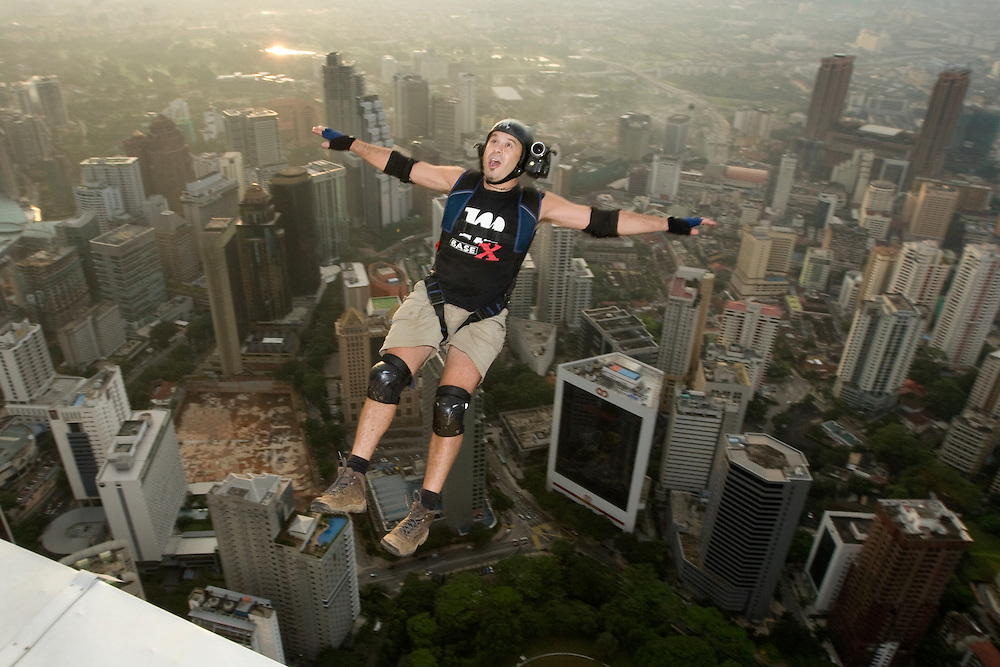